It's ruining my life

@Angels333  Hi Angels333 I hear you. I was once addicted to it. It was so soothing both the physical but the visual too. Now my medication has stopped all the need to do that to my body. I hope you can find some sort of peace too. greenpeaxx

4 Supported
Reply
in response to: Re: Self Harm 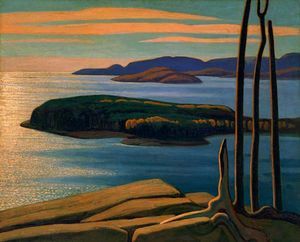 5 Supported
Reply
in response to: Re: Self Harm

Thanks @greenpea it's good to hear from someone who has beaten it.   My last antipsychotic medication worked really well and I had no SH but the side effects of the meds made me sleep all the time, it was no life at all.  I slowly became depressed  because of the meds  so my Psychiatrist admitted me to hospital for a med change.   I attempted suicide in the hospital and the SH started back it was a nightmare.

I haven't been able to stop the self harm, I have had some relief from suicidal thoughts but they're still there occasionally too.   I can't afford another admission to hospital I have just started back at work and my kids need the money (trying to save for D1 school trip to Cairns) so I feel stuck in the wilderness on this one.

It's really ruining my life atm.  I started this thread as I talk about it and I feel so ashamed I feel it might be too confronting for parts of the forum.    I have felt supported by @Zoe7 but apart from Zoe7's responses, I feel I exasperate the other for Forumites.  So I started this thread for people who SH and had have a lived experience with SH.

Thanks @greenpea for responding xx

7 Supported
Reply
in response to: Re: Self Harm

This discussion is a tough one and you are very brave to speak up about your difficulty with SH, seeing the support of peers, I hope helps you while you manage this. I can understand how tough the feeling of balancing kids and work while needing to take care of yourself can be- and I think plenty of others here would get that too.

Do you see a counsellor or any other support networks that can be an option for extra help around these feelings?

4 Supported
Reply
in response to: Re: Self Harm

@greenpea  touched an important and counter intuitive aspect. That it can be addictive.idk  Serving some circuit breaking

Not sure how much you have picked up of my story.  My brother spoke to me about seeing it and hearing about it first on his visit to psyche hospital in late 1970s.  Then self harmed more and more badly, over a long period mostly self medicated rather than medication compliance.  I dont even think he was prescribed anything because his diagnosis seemed to shift with which way the doctors wanted.

After all the pressure from him, I began to selfharm but did not even realise it at the time, though the harm added to my neck problems.  Self harm (in self and others)

definitely wrecked my life.  It does matter the type, but we are not allowed to discuss details here on the forum.  Cause of what happened with my brother. I have great respect for that guideline, however facing the details and particular triggers and context, seems the best way to deal with and move on from self harming as a behaviour, and finding better avenues for self expression.

I have found that my forms of selfharm have morphed, so need to keep catching them.  In a way I self harmed last night.  It really is a tough one.

3 Supported
Reply
in response to: Re: Self Harm

@Appleblossom   I agree with all you said above.    I just felt alone on the forum about it.   SH is a hallmark of borderline personality disorder  so I was certain that there would be others....     I'm sorry to hear that you are still struggling with SH  but it's better to be honest with yourself. Today is an okay day for me, with work and volunteering keeping me distracted.

@Lauz It's not easy for people to talk about that's for sure.    It's something that happens when I'm alone.   I get stuck in a rut.   I have plenty of supports psychologist,  psychiatrist DBT group,   but I still struggle.    It chips away at my self-respect, leaving me feeling worthless.

4 Supported
Reply
in response to: Self Harm

It’s like your whole being is screaming out or at you. You don’t feel you can breathe. Your suffocating under it all. You just want a release or a need to release or just leave me alone.

so we cope with all we know or only know just to feel relief. I have relapses slowly the gaps are getting wider not to often. Hang in there. Your loved and needed. One step at a time.

5 Supported
Reply
in response to: Re: Self Harm

@Jhaneylena  thanks for your support xx  glad to hear it's getting better albeit slowly......

3 Supported
Reply
in response to: Re: Self Harm

Only too happy to support you when I can @Angels333

It is not an easy subject to talk about but many here struggle with it so a great discussion to start. Tag me anytime Hon and I will get back to you when I can.

I don't struggle with SH anymore but there was a time that I did and have to be very conscious of that when I am feeling low or not worth much (which is often). Talking here has helped me as have the support of my team. It is constantly in the back of my mind but I feel I have more control over it now. I have had to put things away and out of immediate reach so it becomes an effort to access in the past and that has helped - by the time I can get to what I need the moment often passes but that has taken a lot of distraction and changing my thought patterns - not an easy thing at all to do but as with everything it takes a lot of practice and a lot of help.

Hearing how hard it is for you and know that place so recognise also that having strategies in place don't always work. - but lean on those that can support you and reach out for that support when you need Hon.