Options
in response to: Re: Living with PTSD (Potentially Triggering Material)

So that brings me to my psych appointment this week. It all felt so much more comfortable this time than it had 4 weeks prior, when there was so much uncertainty for me. This time it was easier to talk and she was very attentive and tuned in.

There were a few things I had determined to speak to her about. Something she brought up with me the previous appointment I wanted to discuss further, because I hadnt on the day. She had told me that I was very sensitive and was often 'not present'. I'd been thinking about that a lot since. Upon deep thought, it sounded like a criticism to me. Sensitive? After all how many times do you hear it said ... you are too sensitive ... grown a spine ... dont be such a sook ... etc? It is generally thought of as a negative I feel.

So during Wednesdays appointment I asked her about her comment re me being very sensitive and often not present during our sessions. She immediately told me that it was not at all a criticism. She explained that between 15-20% of the population is actually considered to be Highly Sensitive, or a Highly Sensitive Person (HSP). She explained to me that being highly sensitive is defined as having acute physical, mental and emotional responses to external and/or internal stimulus. This can be social, environmental or intra-personal.

She explained that while many people experience this from time to time, a HSP will likely feel too much and feel too deeply. Often it will affect our health, happiness and overall wellbeing.

She reassured me that there are a great number of positives to being a HSP .. such as a greater ability to listen, a better understanding of others wants and needs, much greater empathy than the average person and a high degree of intuitiveness. So I guess its not necessarily a criticism to be told you are sensitive, or a HSP.

But it does mean we experience the world differently than others. Apparently its a biological difference that we are born with, making us more aware of subtleties and means we process things differently. We are very deep thinkers.

So although we tend to be more creative, insightful and empathetic than non-HSPs, it also means we are much more prone than others, to stressful situations and become overwhelmed much quicker. She explained that being a HSP is completely normal, in that it it not a disease or disorder, and not something you can fundamentally change.

I asked her if being a HSP makes you more susceptible to PTSD. She said not really. But she also said that anyone with PTSD and a trauma history will naturally become a HSP.

She explained that the majority of people that she sees in her professional capacity, would be classified as HSPs. A much higher rate than the average population. I guess that can be explained by the fact that HSPs feel that much more than others, and process things so deeply. That makes sense to me.

I then moved to the other part of her comment ... that I am often not present during our sessions. She said it is very common with people with PTSD. She explained that I often just drift off into my own thoughts, and she has to try to 'bring me back' to the present. Often when discussions are difficult or triggering, and she can see that I have zoned out. In other words its the same as dissociation.

So I absorbed all that, and asked her how I can become less sensitive and more present. She told me that we have been working on that all along. Oh? Ha ha. Okay then. So I must be failing. What a pain in the butt I must be.

I asked her if she knew yet what would be happening when she officially closed the doors to her business at the end of March. I was hoping for some better news than I got last month. Turns out there has been a slight change of plan since then. Once she announced that the business was closing, there was a couple of late offers to buy the business. This was after it had been for sale for 12 months! As she said ... a couple of bargain hunters. They are big reputable MH firms wanting a footing in this local area, and buying her business would give them that. From the way she spoke I think she is leaning towards selling at this stage, provided the terms are agreeable. In that she will not be managing the business for a long period of time, and that she will not be working full time. She is prepared to 'mentor' whoever buys the business for a period of time, as in a couple of months. She feels that it would be doing a disservice to the community to close the business, so she is hoping something comes of ongoing discussions with proposed buyers. But what it means is that 'closing the door' will be delayed for up to a month while negotiations continue. It could still mean it closes after that. So its all still very much up in the air and a lot of continued uncertainty around it all. Not knowing ... is playing havoc with my already high anxiety right now.

We also spent a lot of time on sleep, or more a case of the lack of it. She went through a few ways to try to gain even a little extra sleep when possible. The first thing she said to me when she saw me on Wednesday was "you look very tired". Yep ... I am. So thats why she went through some possible solutions, mainly in the preparing for sleep stages. She is aware that I am sleeping for maybe an hour at best, before waking up and not getting back to sleep again. In other words only getting short snatches of sleep. Said anyone with PTSD needs to work extra hard to get anything like a decent sleep. Even at the best of times. Our brain is just too much on edge and constantly on alert to danger, to allow our body to rest. But if we can somehow manage to sleep for one and a half hour snatches, instead of only one hour, then thats progress. And does make a difference. So I am working on some of her tips. I'll be back to share them if I find they work. I know so many people struggle so much with sleep issues.

Okay I think thats enough from me for now. I will be back with more later. Thanks everyone for listening.

@Zoe7 @Faith-and-Hope @Dec @Shaz51 @BlueBay @Maggie @CheerBear @outlander @Peri @Adge @Scoo and anyone else who may be following along.

11 Supported
Reply
in response to: Re: Living with PTSD (Potentially Triggering Material)

what a great psych appointment @Former-Member

4 weeks prior, when there was so much uncertainty for me., andyou had soo much on your mind my friend , with everything that was going on , wondering why you were zoning out and overthinking == ( I would of done the same ) xx

such as a greater ability to listen, a better understanding of others wants and needs, much greater empathy than the average person and a high degree of intuitiveness.--- this is you My @Former-Member , you are awesome on the forum , you are caring, loving

a HSP will likely feel too much and feel too deeply. Often it will affect our health, happiness and overall wellbeing.-- this what happend to me too

I am trying to know when i should have a break , even if it is just a few hours -- still learning

I totally know what you mean @Former-Member

I am very glad that the moderators ensure that you Guides have a good balance.  I have no doubt at all that the majority of people here on the forums (both guides and regular members) would be Highly Sensitive People.  So its very important to take time out when needed.  Gaining that healthy balance is hard though, because you being such a caring and empathetic soul, you want to help everyone.  But it takes a toll on you at the same time.  Keep learning Shaz, because your own wellbeing is paramount.

Yes @BlueBay  ... its very interesting.  I have been doing some research since Wednesday.  Not knowing before that such a personality exists.  I will post some more about it a bit later.  Because I think a lot of people here will definitely relate to it.  Hugs back to you ... 💔😃   Hope you are enjoying your time with little A today.  And perhaps doing some colouring in with her.

Thanks @Former-Member . You certainly covered some ground. 💙💙💙💙

2 Supported
Reply
in response to: Re: Living with PTSD (Potentially Triggering Material)

Yes we did @Maggie  ... a lot of ground was covered. I was there for over an hour and a half. Back to our usual in other words. 😀

There’s a good book on HSP @Former-Member . Probably many I guess. 💜💜💜 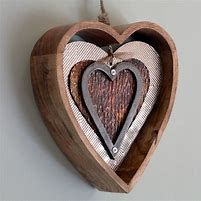 Just caught up on your posts. I had been away for a couple of days.

It is really good that your psychologist recognised her distraction and apologised for cutting your session short. I can relate to clinging  to your last thread of coping.

Many may not have.  SHe seems to have tried to make up for it and cares about the effect closure of her business had on the community.  There are so many issues. Its not just about being professional.  I observd the change in the field and the monetisation or increasing commercialisation of compassion and care.

Take care of you and post what you can.  You have always been a great presence here.