I saw an ad for this site online and thought it sounded very appropriate for me. I will start off by telling you a bit about my family.

I have 4 children - my two boys and then I have two step children, a girl and a boy.

My youngest son died in 2015, due to a variety of decisons he made that eventually lead him to relying on life support, which we chose to switch off after 7 days. He would be 21 this year. My little baby now looking down on us.

It has been very difficult for our family these last couple of years, but we have been strong for each other and pulled through times we thought we really wouldn't.

My other son, 23, I thought was going along relatively ok until the last 4 - 5 months. He came to me quite upset earlier this year asking for my help to book a GP appointment due to what appeared to him as very bad anxiety. I helped him booked an appointment and urged our local headspace to let him in as soon as possible despite an apparent 12 week wait. He has been diagnosed with Generalized Anxiety Disorder.

He has been seeking help from a psychologist and taking medication, only been to two of his psych appointments and recently seemed very physical unwell, extremley anxious, bad tempered. I found out he has stopped taking his medication abruptly.

I'm just stuck on how to help him when the help was offered and seemed to be ok but he has now started to refuse it. He lives out of home, plays football at semi professional level, and is the manager of a local cafe, so he is doing very well for himself, I just don't understand how I can help him when he has just decided not to seek help anymore and will not speak to me or anyone about it. He needs this support and has said that himself but keeps brushing off the idea of telling his gp what has happened.

Thank you so much for sharing your story with the forum, it is great that you are trying to find ways of supporting your son, not easy when he is refusing help and treatment of his anxiety.

It does seem like he is quite busy with everything and perhaps that is his way of avoiding dealing with the core of his anxiety. Sometimes addressing the source of the problem can be quite distressing and difficult, but the most that you can do is keep checking in on him to see how he is doing and offering support if he wants it.

It can certainly be a tricky balance of giving him space to manage things in his own way, a way that works for him which is different to how you would manage, but he needs to want help for it to make any difference. You can perhaps calmy tell him your concerns, when he is also calm, and see if he needs support in any way that he finds helpful.

I am so sorry for the loss of your youngest son - I can find no words really. I nearly lost my daughter the same way mid last year.

From what I read from your post I think your son whom is suffering with extreme anxiety is having a delayed reaction to losing his brother. It is not a good situation when he won't talk about it - an indication he is not coping with "the grief". I could be wrong, but this was my own experience.

It is so important for your son not only to seek professional assistance for his anxiety but also to be encouraged to talk about and let himself grieve. Bottling this up can not only lead to anxiety but also major depression if it goes on. Does he have close friends etc that can help encourage him to do so? He may feel like he is weak and letting you down being a burden if he turns to you, as he knows you are hurting too. That why he may be refusing to talk openly with the family.

Seeking a grief counsellor would also help I feel. Please let us know how you get on. You are an amazingly braves lady and a inspiration to us all. Hugs 🤗

4 Supported
Reply
Highlighted
in response to: Re: 23 year old son

For your son on the other side 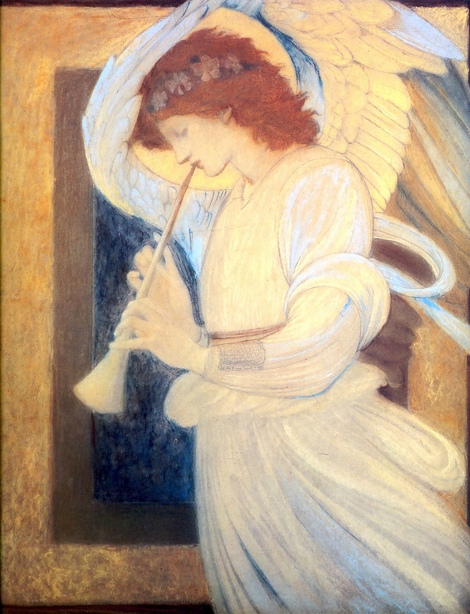 After my little sister I managed to cope for a while, but it eventually hit me.

Ways of coping can are unique to the individual. No one size fits all.

As your 23 yo is doing so well, you can be proud, and just support his choices til he is able to find a form of help that is meaningful to him.

I have experienced reluctance to seek help, in both my brother and my son.

Many young men of today are a beautiful breed and becoming a real man does not happen automatically at age 21.

Welcome to the forums

Thank you both you, @Former-Member and @Lunar
He tells me on a basis level that he is not doing so great but is struggling to actually accept the help offered. I don't know he stopped his medication.
I can only try my best to encourage him to go to his appointments. I thought he may of been more responsive to his step father but didn't want to talk to him.
3 Supported
Reply
Highlighted
in response to: 23 year old son

Thanks @Appleblossom we will get there
3 Supported
Reply
Highlighted
in response to: Re: 23 year old son

Today, watching my son play football, I thought maybe his reluctance to seek help is related to the footy culture he spends so much time surrounded by. He plays in the VFL, so just below the AFL. He devotes so much of his time to it. He is a very talented player. I feel like perhaps he is ashamed of these issues and if he sought help it would make it more obvious to his friends.

2 Supported
Reply
Highlighted
in response to: Re: 23 year old son

I think you may have a valid point there @lovemyboys. We live in a culture where young men have to appear to be invincible. We look up to our sporting heroes and think they live the perfect lives. They must - right? So talented, people come to watch them play - they have it all. But that's not necessarily the case.

I remember watching a TV program featuring Anh Do interviewing and painting Anthony Field from The Wiggles. You can probably catch it on the ABC iView app. He suffered terribly from depression. One moment, he was bouncing about singing on stage to thousands of smiling kids and parents and the next, he was crying in his dressing room.

Losing an older brother in that tragic way must have been devastating for the whole family and during bouts of depression, your son could be feeling that loss even more and possibly thinking that it is a way out.

I can understand your concern and helplessness. All you can do is give him your love, tell him you are worried for him and want him to be happy, encourage him to take his medication and keep those appointments, and foster that communication.

3 Supported
Reply
Highlighted
in response to: Re: 23 year old son

Hi @lovemyboys - I read that you're not having a very good day. So sorry for you. When our kids are hurting, we just want to be able to take that away and have them happy. Is there something in particular that is troubling your lad today?